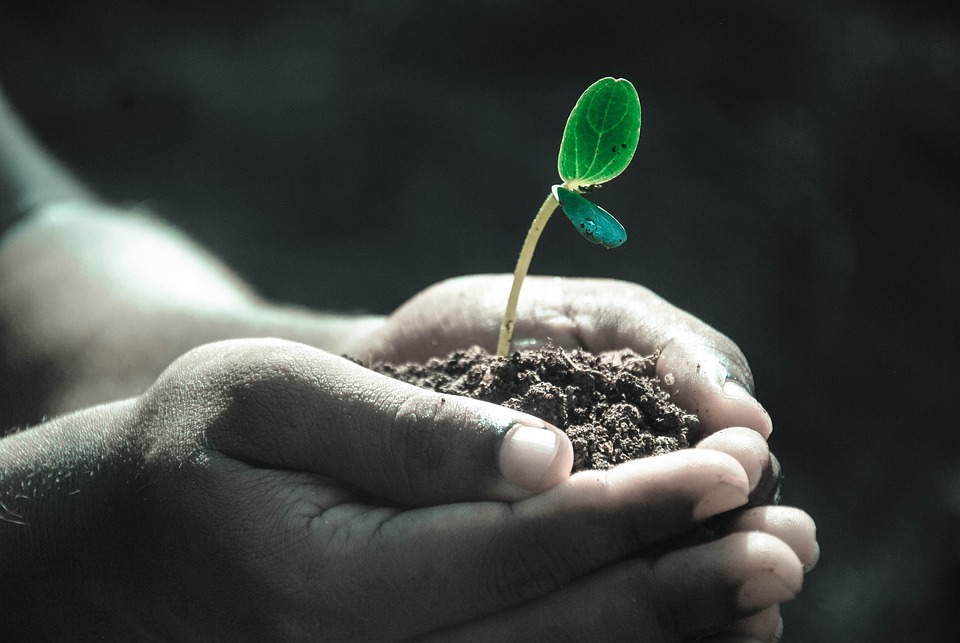 17.2 Introduction to mock based tests

In the previous chapter, we’ve implemented the end-to-end test. It required a lot of prep work as well as we were able to see the downsides of this type of test clearly:

How could we fix the above issues?

The most common way is to limit the scope of the test. Instead of testing the whole trading flow, we could focus on testing a single Naive.Trader process.

Focusing on a single trader process would remove the requirement for starting multiple processes before testing, but it would also bring its own challenges.

Let’s look at a concrete example:

How could we break the link between the Naive.Trader and the PubSub(or any other module it depends on)?

We could utilize the trick that we used for the Binance module. We could create a module that provides the same functions as the PubSub module.

The above module would satisfy the PubSub’s functionality required by the Naive.Trader module, but this solution comes with a couple of drawbacks:

There are multiple benefits to using the mox module instead of handcrafting the implementation:

For the mox to know what sort of functions the module provides, it needs to know its behaviour.

In Elixir, to define a behaviour of the module, we need to add the @callback attributes to it:

A behaviour can be defined in a separate module if we are working with 3rd party module that doesn’t provide it(like in the case of the Phoenix.PubSub module).

Note: The additional benefit of using the behaviours is that we could tell Elixir that our module implements the behaviour by adding the @behaviour attribute:

Using the above will cause Elixir to validate at compile time that the MyPubSub module implements all functions defined inside the Core.Test.PubSub module(otherwise it will raise compilation error).

Let’s get back to the main topic. We figured out that we could mock all of the modules that the Naive.Trader depends on using the mox module.

But, how would we tell the Naive.Trader to use the mocked modules instead of the “real” ones when we run tests?

We could make all modules that the Naive.Trader depends on be dynamically injected from the configuration(based on the environment).

Another requirement to make mox work is to define the mocks upfront using the Mox.defmock/2 function. It will dynamically define a new module that will be limited by the passed behaviour(we will only be able to mock[inside tests] functions defined as a part of that behaviour).

To sum up, there are a few steps to get the mox running:

Let’s move to the implementation.

We can now run mix deps.get to fetch the mox package.

Let’s investigate the Naive.Trader module(/apps/naive/lib/naive/trader.ex). We are looking for all calls to other modules - we can see:

So the Naive.Trader relies on four modules:

We will need to work through them one by one.

Let’s start with the binance client, as it’s already a dynamic value based on the configuration.

Neither the Binance nor the BinanceMock(our dummy implementation) module doesn’t provide a behaviour - let’s fix that by defining the @callback attributes at the top of the BinanceMock module before the structs:

In the above code, we added three @callback attributes that define the binance client behaviour. For clarity, we defined a distinct type for each of the arguments.

As we now have a binance client behaviour defined, we can use it to define a mock using the Mox.defmock/2 function inside the test_helper.exs file of the naive application:

First(#1), we need to ensure that the mox application has been started. Then(#2), we can tell the mox package to define the Test.BinanceMock module based on the BinanceMock behaviour.

As we defined the binance client behaviour and mock, we can update our configuration to use them. We want to keep using the BinanceMock module in the development environment, but for the test environment, we would like to set the mocked module generated by the mox package:

As it was in case of the BinanceMock(our dummy implementation) module, the Naive.Leader module doesn’t provide a behaviour - let’s fix that by defining the @callback attributes at the top of the module:

In the above code, we added a single @callback attribute that defines the naive leader behaviour. For clarity, we defined a distinct type for the event_type arguments.

As we now have a naive leader behaviour defined, we can use it to define a mock using the Mox.defmock/2 function inside the test_helper.exs file of the naive application:

In the above code, we’ve told the mox package to define the Test.Naive.LeaderMock module based on the Naive.Leader behaviour.

First, let’s add the :leader key inside the config :naive in the default /config/config.exs configuration file:

and then we need to apply the same update to the /config/test.exs configuration file(it will point to the module generated by the mox package - Test.Naive.LeaderMock):

Mocking the Phoenix.PubSub dependency inside the Naive.Trader module will look very similar to the last two mocked modules.

Inside the Naive.Trader module we need to update all the references to the Phoenix.PubSub to an @pubsub_client attribute with value dependent on the configuration:

The Phoenix.PubSub module doesn’t provide a behaviour. As we can’t modify its source, we need to create a new module to define the PubSub behaviour. Let’s create a new file called test.ex inside the /apps/core/lib/core directory with the following behaviour definition:

As previously, we defined a couple of callbacks and additional types for each of their arguments.

Next, we will use the above behaviour to define a mock using the Mox.defmock/2 function inside the test_helper.exs file of the naive application:

In the above code, we’ve told the mox package to define the Test.PubSubMock module based on the Core.Test.PubSub behaviour.

The final step will be to append the :core, :pubsub_client configuration to the /config/config.exs file:

and the test /config/test.exs configuration file:

Before we dive in, we should ask ourselves why we would mock the Logger module?

We could raise the logging level to error and be done with it. Yes, that would fix all debug/info/warning logs, but we would also miss an opportunity to confirm a few details (depends on what’s necessary for our use case):

Mocking the Logger dependency inside the Naive.Trader module will follow the same steps as the previous updates.

Inside the Naive.Trader module we need to update all the references to the Logger to an @logger attribute with value dependent on the configuration:

The Logger module doesn’t provide a behaviour. As we can’t modify its source, we need to create a new module to define the Logger behaviour. Let’s place it inside the Core.Test namespace in the /apps/core/lib/core/test.ex file side by side with the PubSub behaviour with the following definition:

As previously, we defined a callback and additional type for the message argument.

Next, we will use the above behaviour to define a mock using the Mox.defmock/2 function inside the test_helper.exs file of the naive application:

In the above code, we’ve told the mox package to define the Test.LoggerMock module based on the Core.Test.Logger behaviour.

The final step will be to append the :core, :logger configuration to the /config/config.exs file:

and the test /config/test.exs configuration file:

This finishes the updates to the Naive.Trader module. We made all dependencies based on the configuration values. We can now progress to writing the test.

17.5 Implement a test of the Naive.Trader module

Finally, we can implement the unit test for the Naive.Trader module.

We will create a folder called naive inside the /apps/naive/test directory and a new file called trader_test.exs inside it.

Let’s start with an empty skeleton of the test tagged as unit:

In the above code, we are:

Inside our test, we need to define implementation for all the functions that the Naive.Trader relies on:

It’s important to note that we defined the mocked function with expected values in the above code. We expect our test to subscribe to a specific topic and broadcast to the other(#1). We are also expecting that process will place an order at the exact values that we calculated upfront. This way, our mock becomes an integral part of the test, asserting that the correct values will be passed to other parts of the system(dependencies of the Naive.Trader module).

Another “trick”(#3) that we can use in our mocks is to leverage the fact that we can send a message to the test process from within the mocked function. We will leverage this idea to know precisely when the trader process finished its work as the notify/1 is the last function call inside the process’ callback(handle_info/2 inside the Naive.Trader module). We will assert that we should receive the message, and the test will be waiting for it before exiting(the default timeout is 100ms) instead of using hardcoded sleep to “hack” it to work.

The final part(#4) tells the mox package that Logger.info/1 will be called twice inside the test. The mox will verify the number of calls to the mocked function and error if it doesn’t much the expected amount.

The second part of the test is preparing the initial state for the Naive.Trader process, generating trade event and sending it to the process:

As described above, the assert_receive/1 function will cause the test to wait for the message for 100ms before quitting.

Here are the helper functions that we used to generate the initial trader state and trade event:

The above code finishes the implementation of the test, but inside it, we used functions from the BinanceMock module that are private. We need to update the module by making the generate_fake_order/4 and
convert_order_to_order_response/1 function public(and moving them up in the module, so they are next to other public functions):

We updated both of the methods to public and moved them up after the get_order/3 function.

Our unit test should be run without running the whole application, so we need to run them with the --no-start argument. We should also select unit tests by tag(--only unit). Let’s create an alias that will hide those details:

We can now run our test using a terminal:

We should see the following error:

One of the BinanceMock module’s functions is sending a message to generate a unique id to the process that doesn’t exist(as we are running our tests without starting the supervision tree[the --no-start argument]).

There are two ways to handle this issue:

Now we need to update our test to pass some dummy order id from the mocked function:

We can now rerun our test:

Congrats! We just successfully tested placing an order without any dependencies. To avoid explicitly passing the MIX_ENV=test environment variable, we will add the prefered environment for our alias inside the mix.exs file:

Now we can run our tests by:

That’s all for this chapter - to sum up, the main advantages from the mox based tests: